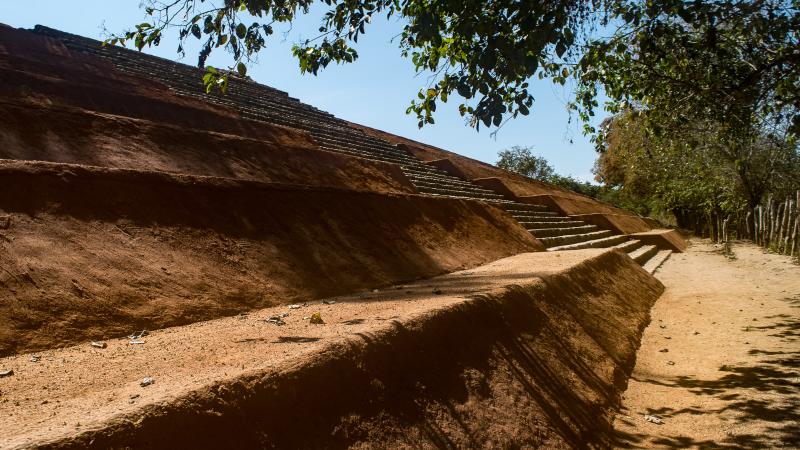 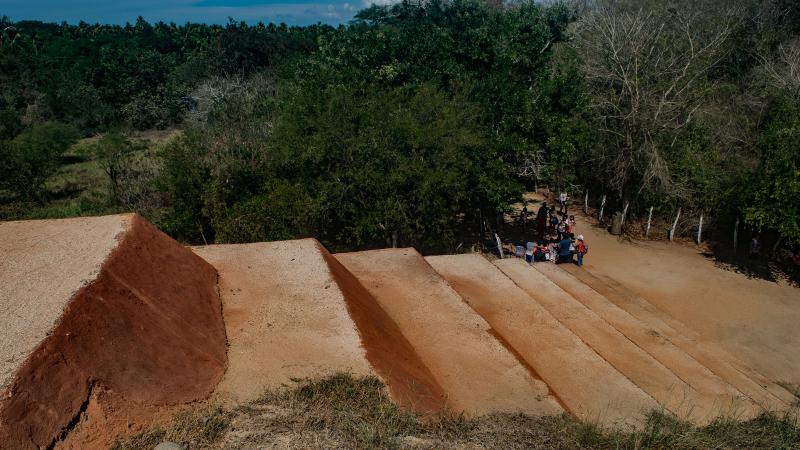 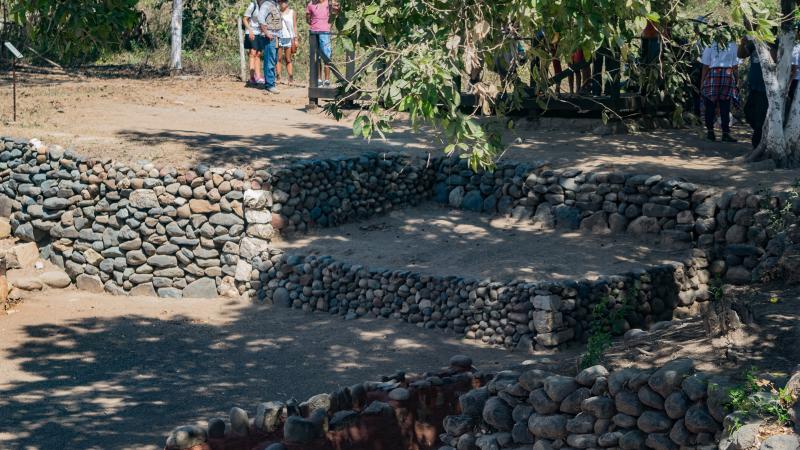 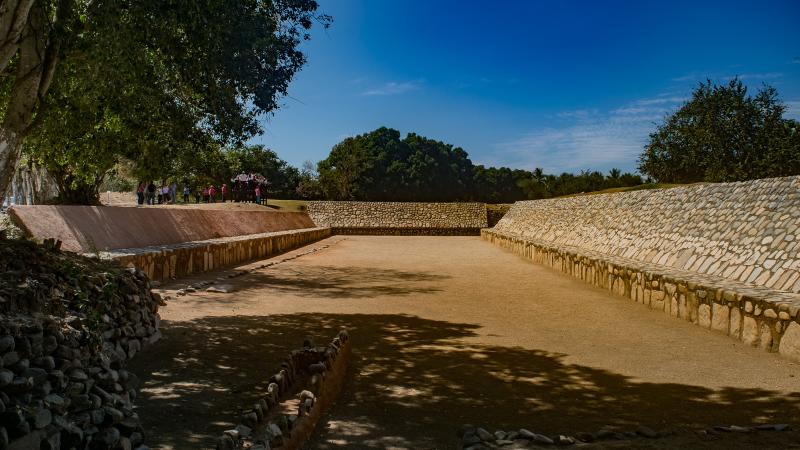 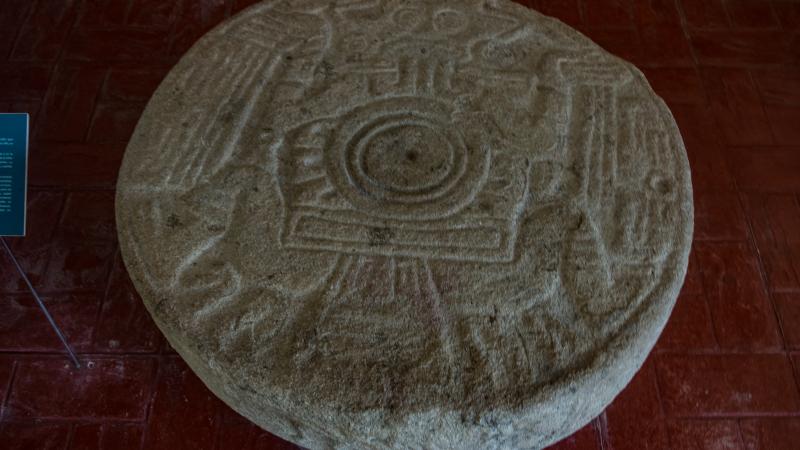 29 Hectares of land with 16 mounds, fertile soil and abundant fishing, hunting and farming was the perfect place for the entablishment of the Cuitlatecos from 1500 BC to 1350 AD in the Classic Period, They produced cotton, corn, chile and salt; They architecture used mostly clay, mud, granite, river stones and bricks where also basic materials, actually here was located the first brick made by the Cuitlatecos. 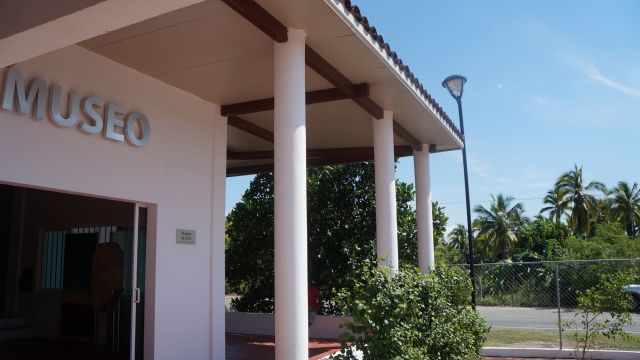 The figurines has Olmec traces, big hips symbolizing the fertility, also figurines of lords with snake headdress by Teotihuacan influence. Their deity was Xipetotec, what can be translated like Flayed Lord.

The museum have different objects found in the zone and the highlight is the craved stone with the Xihuacan glyph that names the place 1 meter height, 50cm width and 25cm thick, was founded during recent excavations in the Playball field area. Xihuacan is a Nahuatl word that means “Place of the Owners of Turquoise” and makes reference to the metaphor of “The Owners of the Time” or “The Calendar Masters” 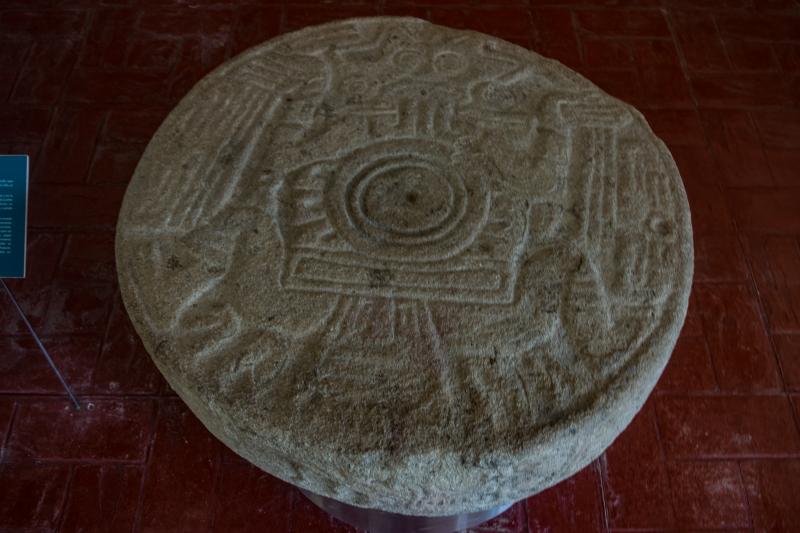 The collection showed is mostly conformed by the objects founded recently, but many of them where found in the first expeditions by specialists like Pedro Hendrichs in 1943, Pedro Armillas in 1948, Ellen Brush in 1968 and Rubén Manzanilla at the end of the 80's

Different kind of figurines, obsidian vessels, conch handcrafts, cooper axes, rattlesnake necklaces, ceramic and lithic, are a sample that explains the cultural development of this ancient city wich had a very close interaction with Teotihuacan during the Classic period (200 to 650 AD)

In Xihuacan was discovered two places where the playball game where practiced for fun pourposes in one and the other one was for the deity Teotlachtli what can be translated from the Nahuatl like Lord of the Playball Game. This was found in the north of the Ceremonial Center and it's use was for important religious and astronomic events and human offering. In the south side of the playball field where found bones and different human remains, aftes the study of the region archeologists dated this Teotlachli was operatind from the year 600AD to 900AD.

Tecpan means “The House of the Governor” are the remains of a human body and due the items founded around it, indicates this was a town governor of Xihuacan.

This city of Xihuacan was destroyed once by a tsunami in the year 1350AD but it's ceremonial importance the people returned to celebrate New Year's every February 16th to start a New Fire, Ancient tradition in the Mesoamerican cultures.

Xihuacan is located nearby La Soledad de Maciel or La Chole like it's called by the locals. This small town is aproximatelly 30 minutes far from Zihuatanejo in the Petatlán Municipality, taking the 200 Road and 4 Kilometers of dirt road. This archeological zone is the most important in the Costa Grande in the state of Guerrero.

The working hour are from 10 to 17hrs everyday.

More to see and do. 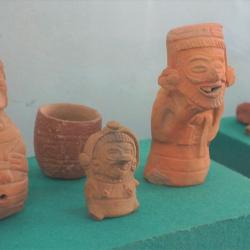 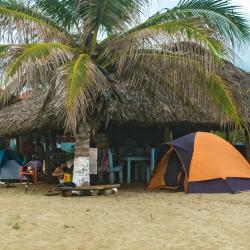 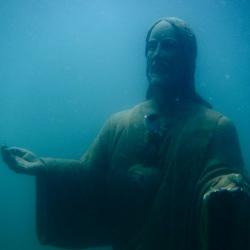 The Submerged Christ in Zihuatanejo

More to museums to visit

This site is developed by ZihWeb and Inquetus for the promotion of Ixtapa-Zihuatanejo and surrounding regions focused in the #SupportLocal and #Etrepreneurship of SMEs. It is not affiliated with any government, political organization, or civil association.